The Haunting of North Shore Software 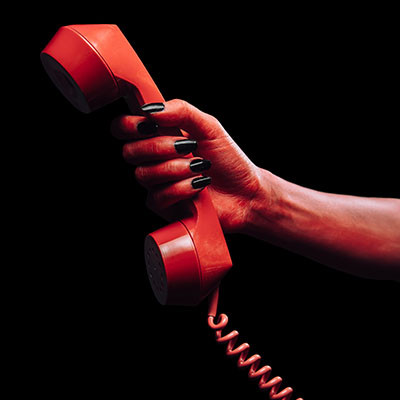 The following story and events are true, however, to protect the families of the innocent, all names have been changed. Any resemblance to actual persons, living or dead, or businesses, is purely coincidental. Enjoy and happy Halloween!

This is a transcript of a police interview with Stephen Corey. Taken by Det. Giles Gerald at 11:05 a.m. this morning.

Det. Gerald - Tell me what happened.

Mr. Corey - We’ve been at the 1692 Osborne Ave location since May 10th. It was rainy, but it was actually pretty warm that morning, if you recall? I got to the office at 6:30; which is an hour and a half early as I like to have some time to myself before the staff arrives. I found it strange that there were several cars in the parking lot, but it’s not really unheard of to have cars in the lot from people that get a ride from the bar just across the street on Sundays this time of year.

I didn’t think much of it as I gathered my things and went up to the office, but the first real curious thing was that the door to the office was already unlocked. This is Monday, mind you, ya’know, and there have been maybe one or two instances in the thirteen years I’ve owned this company that someone has beaten me to the office on Monday. I’m always the first one there; especially on Monday. So, I suddenly got a very cold feeling and was extremely worried that we’d had a break in. So instead of just barging in and potentially putting myself in a bad situation, I decided to go back to my car and call the office to make sure that I was just being paranoid and that there was, ya’know, people there who were, um, ya’know, were supposed to be there.

The phone rang twice and then Sarah answered. “Thank you for calling North Shore Software, this is Sarah, how can I direct your call?”

Det. Gerald - This is Sarah Glanvill?

Mr. Corey - I was immediately, ya’know, put at ease when I heard her voice, so I hung up without saying anything and headed into the office. Mind you, this was a very brief stretch of time; less than a minute or two. I got back to the door and went to open it and it was locked. Obviously, this was alarming, but I thought that, ya’know, it being Halloween and all that, someone was trying to mess with me a bit. So my first thought was to pound on the door. At this point, I wasn’t so much scared or annoyed, but was trying to be a good sport. I thought that Sarah, who is one of my longest-tenured employees, was just having a little fun with me. After a few seconds, there was an identical pounding on the other side of the door.

I remember saying something like, “Okay, okay, this is fun,” as I went to unlock the door with my key. Mind you, the plan is to move over to electronic locks pretty soon, but right now we still have the wood door that came on the place with your typical locks, ya’know. Well I put my key in and it won’t turn. Now I’m starting to get annoyed, because all I want to do is start the day and I’m thinking this prank is going a little too far. I pound on the door again, and again the knocks are returned. You’ll see all this on the CCTV, but I tried to unlock the door a couple other times with no luck.  I then call to end the charade and have Sarah, who at that time I’m completely convinced is doing all this to mess with me, unlock the door.

At this point I’m just standing there angry and dumbfounded. I try the lock and the key won’t turn. It’s as if the locks were magically changed. I start pounding on the door yelling and swearing. Just then I see headlights shining down the alley on the south side of the building. They are coming from the parking lot. I walk toward the parking lot and the lights go off and as I get to the front of the building. I hear: “Good morning, Mr. Corey. Happy Halloween.” It was Sarah. Even though I just saw her pull up, my blood is up, so I start yelling at her, asking her why she would keep the prank going so long? She has no idea what I am talking about.

I start barraging her with questions, and accusations, really. She starts to plead and cry, not only because she is being accused, but because she must have thought I was losing my damn mind. By now it’s 7 (a.m) or just after and I’m in a frenzy. I put my phone on speakerphone and Sarah, who is standing right in front of me, on the verge of tears, answers “North Shore Software, this is Sarah, how can I direct your call?”

I’m not so sure I’ve ever felt more insane and more sorry. She was as surprised as I was to hear her voice. I knew then that I was dealing with something I didn’t understand. I don’t believe in ghosts, but at that moment I thought for sure there was something paranormal going on, ya’know. I was, um, well, scared. Other employees began to pull up and I didn’t know what else to do so I called you guys and told them to go on home and work remotely until I knew what was going on.

Det. Gerald - What happened when the responding officers got there?

Mr. Corey - Obviously, I’m upset. At this point I was convinced there is someone in my place of business who isn’t supposed to be in there…or ya’know, something…There weren’t any lights on that I could see, but someone is actively trying to keep me out of the building. Officers Mather and Cotton came pretty fast and asked Sarah and I a bunch of questions about what was going on. I told them what I told you and they said if I let them in the building they would go in and see what is going on. I told them that the door was unlocked when I got there and then was locked and that someone slammed the back door on me after that.

We went up to the door and the door unlocked fine. They went in and it was quickly pretty evident that no one broke in. They returned in minutes to say that there was nobody there and the place was clear. By then more officers had showed up and Sarah helped me by sending workers away as I looked around to see if I could figure out who the hell was there. The officers said the back door was not locked. Obviously, this surprised me.

Det. Gerald - So who do you think was there?

Mr. Corey - That’s the thing, nothing is missing. I looked through the CCTV footage and I didn’t see anyone entering or leaving. The only thing I saw on those tapes was me struggling with the doors. Someone broke in; I’m sure of it, but I can’t tell you for certain who it was.

Det. Gerald - Maybe you imagined it. Have you been dealing with more stress than usual?

No. I can’t really explain any of it, but I…

Can I take this?

Mr. Corey - (into the phone) Hello? (inaudible; Mr. Corey then presses the speaker button on his phone)

Det. Gerald - What was that?

Mr. Corey - That was Sarah the receptionist, but it obviously wasn’t.

Det. Gerard - Give me the phone.

(Mr. Corey handed the phone to the officer and he answers it and puts it on speaker)

Phone - “...North Shore Software, this is Sarah, how can I direct your call?”

At Network Synergy, we offer enterprise business telephone systems that have all types of features, including virtual receptionists that can help your business direct your calls to the people you are looking to talk to. You can gain the peace of mind that you will get the end-to-end telephone service your business needs without the chance of being haunted by a human or specter. Visit our VoIP page for more information.

Tags:
VoIP Cloud Workplace Strategy
Tip of the Week: Reopening Closed Chrome Tabs and ...
3 Innovative Strategies You Can Use to Keep Things... 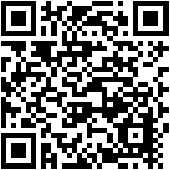