How to Choose a Smartphone Now that Innovation has Slowed 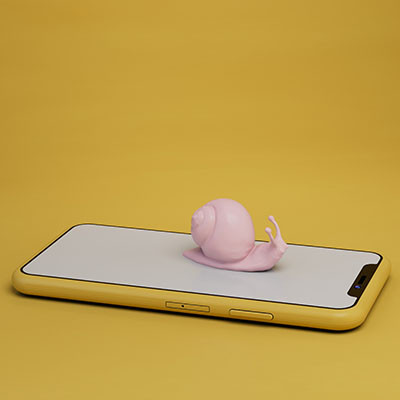 Mobile devices have changed the world. They’ve definitely changed the way people do business. The prevailing sentiment is smartphone innovation has stagnated a bit over the past few years as most of the flagship smartphones are using extremely fast processors, data storage has moved to the cloud, and many other factors. Just look at the new iPhone, which traditionally looks just like the last iPhone. Today, we’ll take a look at what you need to know when buying your new phone.

With device reviewers becoming big business on platforms like YouTube, these reviewers have become the audience that smartphone manufacturers play to, even if the general public couldn’t possibly understand the year-over-year improvements that these devices have made. Consider that the biggest change in the smartphone over the past couple of generations is mostly improvements to the camera system while making marginal improvements to processing, data storage, etc. This indicates that most improvements are driven by the marketing benefits to be had.

The fact is that other than the folding phones most devices have very similar form factors. All flagship smartphones have a 5 nm processor or better, 356 GB of flash memory, 8 GB of RAM, and a bezel-less display. That said, savvy consumers are constantly looking for a specification upgrade, so it forces each iteration of a device to make marginal improvements (if only in name). If you think about how much you’ve paid for your current device, and how similar it is to the last device you owned—especially if you haven’t moved to a device with a brand new form factor—you may just feel like you aren’t getting the value for your money that you once did when you upgraded after two years of using a device.

What to Look for In a New Device

Before we get into what you should consider when looking for a new smartphone, we have to talk a little bit about form factor. The form factor of a device is how the device is built. As we stated above, most smartphones have laughably similar form factors. The ones that don’t are using innovative new OLED screens that allow the displays to fold in half. This presents users and app developers with interesting new constructs (with very large price tags), but for the most part, devices adhere to the more familiar form factor.

So what should you look for when buying your new device if you don’t want to pay a premium price for a foldable phone? Let’s go through some considerations:

The build quality of a smartphone may not have a lot to do with its ability to do what you need it to do, but devices that have better build quality will last longer and enhance the user experience. Most of the top-tier smartphones are built on a stainless steel or aluminum frame. These devices are typically draped in some type of tempered glass, such as Corning’s Gorilla Glass. The better materials used to make the smartphone, the more premium it will feel when you are using it.

Today, most flagship smartphones come with impressive displays. For people that use their smartphones for media consumption, you will want a larger display with a higher resolution, but there are plenty of mid-range models manufactured today that have impressive screens that could have been found on a flagship phone only a couple of years ago.

A lot of manufacturers will point to a high number of megapixels in their marketing, but the effectiveness of a camera is contingent on many other factors. Obviously, the features of the camera system: number of lenses and their focal length, ISO levels, pixel size, and autofocus ability have to be taken into account. Each year the camera systems on devices do improve, however, some substantially.

An often overlooked feature when buying new hardware is the battery life. For the smartphone, it is one of the most important considerations. After all, if a device has to be plugged in, it isn’t really “mobile”. Most phones that have upwards of 3,500 mAh batteries should do, but the foldable phones will use more juice than devices with the traditional smartphone form factor, so be mindful.

Most phones typically have one of two mobile operating systems: Apple’s iOS or Google’s Android OS. The majority of phones will come with some semblance of Android on them, but not all versions of Android are created equal, so knowing what version of the OS your handset is on is pretty important considering it will dictate what apps you can run, how your device’s security is handled, and many other factors important to a clean and productive smartphone experience.

Probably the most important factor in the purchase of a new device is the cost it presents to you. If you are planning on buying one of the top smartphones on the market, you will likely be paying about $500 or more per year of use for the device alone (and that is if you don’t have to have it repaired). Mobile service providers mostly work with users to finance smartphones, but it can add a lot of money to your monthly bill.

All other factors are basically the icing on the proverbial cake. There are devices with larger displays. There are smartphones built for gaming. There are ones that have huge batteries so they don’t need to be charged every day. Some users like to have a 3.5mm headphone jack, but most flagship phones have done away with them long ago.

Finding the phone for you may come down to these small features, but chances are that they won’t have as big of a role on the reliability of the device as the variables listed above.

Have you recently bought a new smartphone? What are the features that got you to buy the model you chose? Leave your comments below and stop back soon for more great technology content. 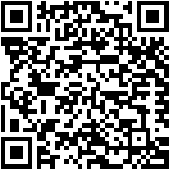