The metaverse is a buzzword that many companies have been throwing around in recent years, but what is it, exactly? You might want to sit down for this one, as it is going to get a little complicated and, perhaps, even a bit confusing. We’ll do our best to unpack what the metaverse is, why there is such an emphasis on it these days, and what you might expect to see from a metaverse in the future.

What is the Metaverse?

You might be surprised to find out that the metaverse is certainly not a new concept. It has existed in some form or another for the past 30 years. The term first appeared in the 1992 novel Snow Crash by Neal Stephenson, where it was used to describe a virtual world in which users could buy or sell virtual property and waltz around this virtual reality using their own customized avatars. The components which make up this idea of the metaverse are prominent to this day and exist in various capacities.

Thus, we can make a determination that a metaverse is a virtual environment where individuals can interact with one another in a reality much like our own. It is, for all intents and purposes, a place where you can build your own “virtual life” of sorts.

Why Are Businesses Focused on It?

The reason that businesses are so fixated on the metaverse is because they see it as the natural progression for technologies such as the smartphone and the Internet, for which the metaverse will effectively replace. They see it as an opportunity to create an interconnected virtual reality that bridges gaps between various apps, games, services, and so on. Major proponents of the metaverse like Matthew Ball and Mark Zuckerberg envision this future where the metaverse can be just as interconnected and functional as the modern Internet.

What Does the Future Hold for the Metaverse?

People are of the belief that technologies which enable the metaverse will allow it to flourish. These technologies—virtual reality, the blockchain, and NFTs—would help to make the metaverse a reality by providing avenues for exchanging goods, products, and properties within this virtual space. Perhaps, however, the excitement surrounding the metaverse is just a result of the post-COVID world, where people are starved for interaction with each other and are used to communication solutions like Zoom and other video conferencing platforms.

The idea of the metaverse, however, is held back by issues of interoperability. There are countless technical difficulties that can prevent individuals from transferring avatars and digital possessions from one application or virtual world to another, making the idea of a truly interconnected virtual world difficult to pull off in the way it was initially envisioned.

What do you think about the idea of a metaverse? Do you think it’s a bit far-fetched to imagine a virtual world where we can all interact in the same ways we might in the real world, or do you think there is some merit to investing in the idea? Be sure to leave your thoughts in the comments.

Tags:
Technology Facebook Meta
Your Business Can Enhance Productivity Through Mob...
The IoT Can Do More than You Think 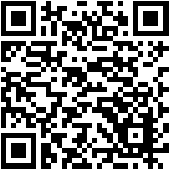