Do you ever think about how incredible technology is? In a world where it’s easy to take advantage of technology and devices that were practically inconceivable just a few short decades ago, it’s really amazing to just look at how far we’ve come, and how something so small can fit so much information.

Breaking Down What Data Actually Is

Let’s go back to before there were modern computers and smartphones. The prominent form of data storage throughout the centuries has been the book.

A typical novel has somewhere between 60,000 and 110,000 words (unless you are reading something by Brandon Sanderson—his novels tend to be three or four times that).

How much data is that though? If you want to parse this down into smaller numbers, we can look at one of the most common forms of bite-sized information on the planet, the text message.

That means a book on the larger side of things is technically around half a Megabyte of information. Once you add some of the hidden meta information, the cover, and some other data, a typical ebook sits around 1 Megabyte. If there are illustrations or images, then there is a lot more to calculate, so we’ll just assume that we are dealing with text for this thought experiment.

How Much Data Does a Library Hold?

Many books are much larger than the average novel, considering that there are textbooks, encyclopedias, dictionaries, massive reference books, and a lot of other larger format texts out there. Plus, it’s easier to work with round numbers, so let’s just assume that on average, a book rounds out to about 1 Megabyte.

A typical library tends to hold somewhere between 5,000 and 500,000 books. The world’s biggest libraries tend to put their book counts in the millions. The US Library of Congress holds more than 51 million books, and 75 million manuscripts, plus millions and millions of other items.

Let’s assume those 51 million books are all text. How much data would that actually be?

51 million Megabytes is 51 thousand Gigabytes, which translates to 51 Terabytes. It’s pretty common to buy 1 or 2 Terabyte drives for a home PC, so if you were conservative about your data, you could easily fit the entire Library of Congress book library in a pretty small office with 25 or so computers. Of course, you could just put multiple 2 TB drives into your workstations and store the entire Library of Congress on fewer machines too, or build a media server with an array of high-capacity drives… you get the idea.

We’re not quite to the point where a mobile device can hold that much information, but we’re getting there.

Keep in mind, this is just assuming we are taking the text. If instead, you wanted to scan every single page as a grey-scale image, you would be looking at an average size of around 8 Megabytes per book, so it would take about 408 Terabytes to store the Library of Congress. At that point, you’d be looking at a large rack-mounted device or a very small section of a data center.

How Much Data Does Your Organization Produce?

We’re going to make this a two-part blog since there is still a lot more to talk about! Next time, we’ll break down how much data human beings have ever produced, how much data you can fit into the palm of your hand, and more! Be sure to subscribe and bookmark our blog and keep coming back for more! 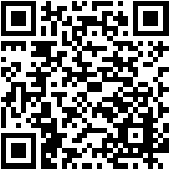